Windows versions as far back as Vista are fully supported when using the Ember CLI.

To get started ensure the following dependencies are installed:

For the best experience developing Ember apps in Windows, we recommend using WSL 2.

Since build 20262 of Windows 10 Windows Subsystem for Linux (WSL) 2 is available. WSL allows you to run a Linux system on your Windows computer that allows you to use some Linux tools and gives much better performance and file path resolution for developing Ember on Windows.

Once you have followed the guide to install WSL 2 you can then install the latest Ubuntu from the Microsoft store (instructions are also included in the guide).

Zoey says...
Make sure that you aren't working in any folder under /mnt/ as the performance isn't as good as working in your home directory ('~') in WSL!

You will need to make sure that you have Node.js installed in your WSL environment, if you haven't already done so you can follow this guide.

Open your terminal on your WSL environment (for more information you might want to follow this guide) and then clone your Ember app repository.

you can now install your dependencies and start the Ember app:

IF you use VSCode, there is a useful plugin to make sure that it uses your WSL environment called "Remote - WSL". For more information you can follow this tutorial.

Although supported, Windows performance, at least by default, isn't as good as on Linux or MacOS. On a positive note, this story continues to improve. Both Microsoft, and the Ember CLI team continue to work on improving these developer ergonomics.

What causes the build slowdown?

The two primary reasons are:

Then, to start the automatic configuration, run:

Make sure you use an elevated PowerShell. If there was an error, try executing Set-ExecutionPolicy Unrestricted -scope Process first.

Read more about this from the Microsoft DX Open Source team 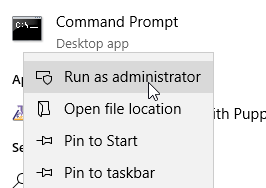 If the user account is not part of the Administrators group you will need to add the SeCreateSymbolicLinkPrivilege to allow the creation of symlinks. To do this open the Local Security Policy by typing secpol.msc in the Windows Run Box (WIN+R).

Under Local Policies -> User Rights Assignment find the Create symbolic links policy and double-click it to add a new user or group. Once your user or group has been added, your user should be able to create symlinks. Keep in mind if your user is part of the Administrators group and UAC is enabled you will still need to start your shell using Run as Administrator. 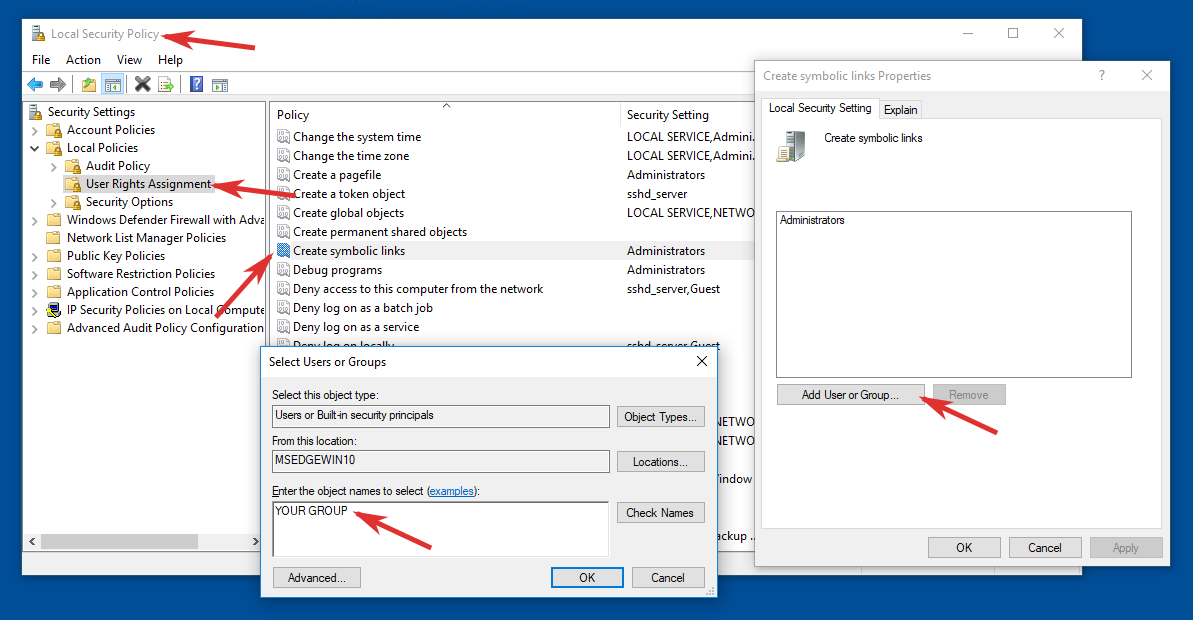 There were always two major issues with running Node.js on Windows: first and foremost, the operating system maintains a maximum length for path names, which clashes with Node's traditional way of nesting modules in node_modules. The second issue was a bit more subtle: The npm installer had a set of steps it executed for each package and it would immediately start executing them as soon as it decided to act on a package resulting in hard-to-debug race conditions.

npm 3 is a nearly complete rewrite of npm, fixing both issues. Windows users of Ember CLI might want to make the switch to npm 3 to benefit from its flat module installation (solving most issues involving long path names) as well as its multi-stage installer.